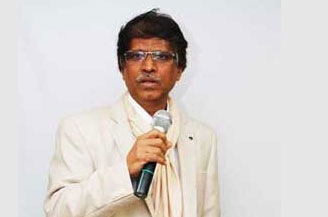 Dr. Sudarsan Ghosh Dastidar played a pioneer role in the development of IVF technology in India. He was inspired to work in the field of infertility medicine by Dr. Subhas Mukherjee - India’s pioneer IVF scientist- who had started an IVF program in Kolkata which led to the birth of a baby - “Durga” in 1978. However there was a lot of controversy since the program was not perfectly recorded or documented through the stages. Unfortunately the government did not recognize Dr. Mukherjee’s work. He had to suffer humiliation from his community, fellow colleagues and the government, which led him to commit suicide. After his death Dr. Sudarsan Ghosh Dastidar & Dr. B N Chakraborty vowed to carry on Dr. Mukherjee’s work. Hence a privately initiated IVF program was started in Kolkata, where Dr. Dastidar developed the laboratory aspect of the program and Dr. Chakraborty developed the clinical aspect.

Back then there were no modern CO2 incubator to incubate human eggs. Dr. Ghosh Dastidar indigenously developed an improvised embryo culture system, which could be used to preserve eggs in culture media. He developed Kolkata’s first IVF laboratory (very primitive) in his study room at 79/28 A J C Bose Road Kolkata-14. He would spend hours studying oocyte and cells. Back in 1980’s there were no books on IVF or infertility, no clear photographs of human oocyte or embryo. Hence everything had to be learnt by trial and error. Afterwards a modern IVF laboratory was developed at Dr. Chakraborty’s centre. After many failures Dr. Dastidar achieved fertilization of oocyte and subsequent cleavage to the 6-8 stages in June-July ‘83. Following transfer of this fertilized oocyte a pregnancy occurred (sept-83), unfortunately this ended in abortion at 10 weeks. It was a major breakthrough as it showed that IVF could be used as a method to treat tubal factor infertility. Dr. Dastidar and Dr. B N Chakraborty jointly presented this data at the 3rd world congress on IVF, Helsinki, Finland may ‘84. This was the 1st report of successful IVF and embryo transfer resulting in human pregnancy in any world congress (May-84).

Dr. Ghosh Dastidar has also been credited with one of the 1st Intra uterine insemination (IUI) pregnancies in the world during 1982-1984. This was reported at the 5th World Congress on Human Reproduction, Athens. At the conference in Helsinki (1984) Dr. Sudarsan Ghosh Dastidar had the opportunity of meeting Nobel Laureate Dr. Robert Edwards, a stalwart in the field of Reproductive medicine. Dr. Edwards was so impressed by Dr. Dastidar’s research that he invited Dr. Dastidar to his clinic at Bourne Hall, England.

Bourne hall clinic proved to be a goldmine for Dr. Dastidar as he got an insight into the basic concepts of IVF research. This knowledge helped him to develop a similar advanced program back home in India. The experience with a global stalwart like Dr. Edwards helped him immensely. From England, Dr. Dastidar traveled to New York where he worked with stalwarts like Prof. Brij B. Saxena and Dr. Mike Bedford at New York hospital. The biggest achievement for Dr. Ghosh Dastidar was the birth of India’s 1st IVF baby boy Imran on Nov. 1986 (using the same improvised tissue culture system developed by him!!). In the same year, a Mumbai research group led by Dr. Hinduja & Dr. Anandkumar succeeded in an IVF pregnancy 3 months earlier.

Unfortunately like Dr. Subhas Mukherjee, Dr. Ghosh Dastidar was not accorded due credit for his role in the development of their IVF program by contemporary community of doctors who believed that sole credit was due to his senior collaborator who was his senior by over two decades and a medical teacher of many years. Aggrieved, he parted ways and set up his own IVF centre in Gariahat in 1991 named GDIFR (Ghosh Dastidar Institute for fertility research). In 1994, India’s 1st ICSI pregnancy was delivered under the sole stewardship of Dr. Dastidar.

Since 1985 his research was supported constantly by Dr Kakoli Ghosh Dastidar who is one of the pioneers in Gynaecological ultrasound to develop the subject in India through her development of Transvaginal Ultrasound and 3D, Doppler. Since 2011 his junior gynaecologist Dr Biswanath Ghosh Dastidar, who passed MSc with distinction from Oxford University, UK in Clinical Embryology has been his constant companion in the clinic. He is MD gynaecologist and presently working in GDIFR as IVF Specialist.

Call Us: +919830031950 schedule an appointment i need help getting pregnant i want a fertility test i want to preserve my fertility